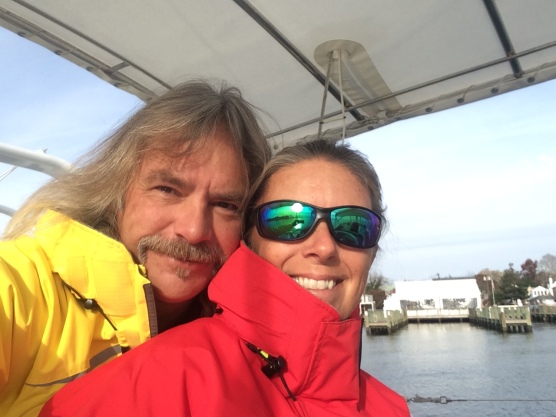 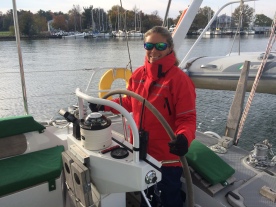 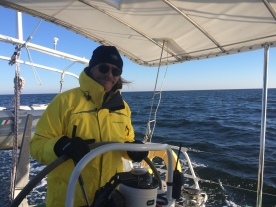 At 8:30am the frigid November chill was certainly about, but it was not going to immediately penetrate the three additional layers of clothing that lay beneath the outer shell of foul weather gear we were each wearing.

Setting off from Back Creek this morning was another one of those big victory with a small step moments.  A significant minor achievement in an ongoing saga of firsts.

When we arrived in Deale 149 days ago we had already been owners of a sailboat for four whole days. The transfer of title had finalized just before we jumped aboard our third Amtrak train in as many months with our designated 500 pounds of stuff in tow.

We moved aboard Exit and spent the next six weeks living aboard her on the hard at Herrington Harbor North Marina.  It was only three months ago that we launched her and only about ten weeks ago that we were given the green light by our insurance company to sail without supervision.  For the better part of two months we have lived at anchor, learning to sail and maintain Exit. 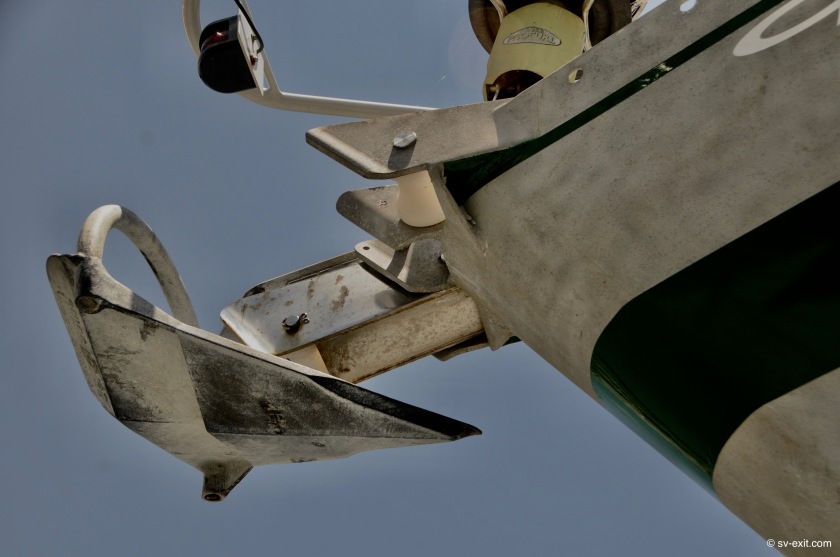 She is our home.  She is our means of travel and exploration. 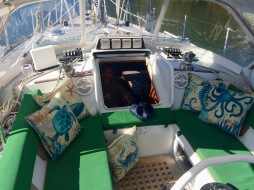 The bar is open 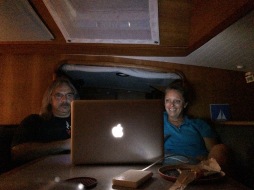 Increasingly, Exit represents an almost living organism.  A largely self-sufficient entity with its own life support systems that, if properly cared for and maintained, can sustain our own existence for indefinate periods of time.

In such a short span of time, we have learned immense amounts about sailing in general, our boat in particular, and as always, about ourselves and each other.

Just when we think we’ve got control, it all goes to shit.  Just when we think it’s all going to shit, we pull it together as a team.  Though we have barely scratched the surface, every day we feel like we have a better grasp of things; only time will give us the experience and wisdom that hopefully follows.

We have already met a long list of people who have befriended us, offered advice and consultation, volunteered their time, assistance or even possessions, and supported our efforts.

We have sailed under the Chesapeake Bay Bridge and into the Baltimore Harbor.  We have completed overnight passages.  We have sat at anchor safely in gale conditions.  I would like to think that we have generally proven that we can maintain a certain grace under pressure.

We have watched the seasons change from summer to fall for the first time in years and come to more fully appreciate the intricate beauty of the amazing transformation of colors.  We have gained a never-before held interest in bird watching (and now understand why there was a bird watching book already aboard). 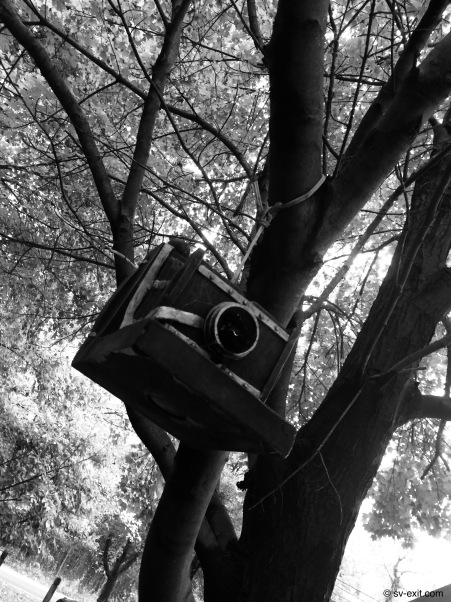 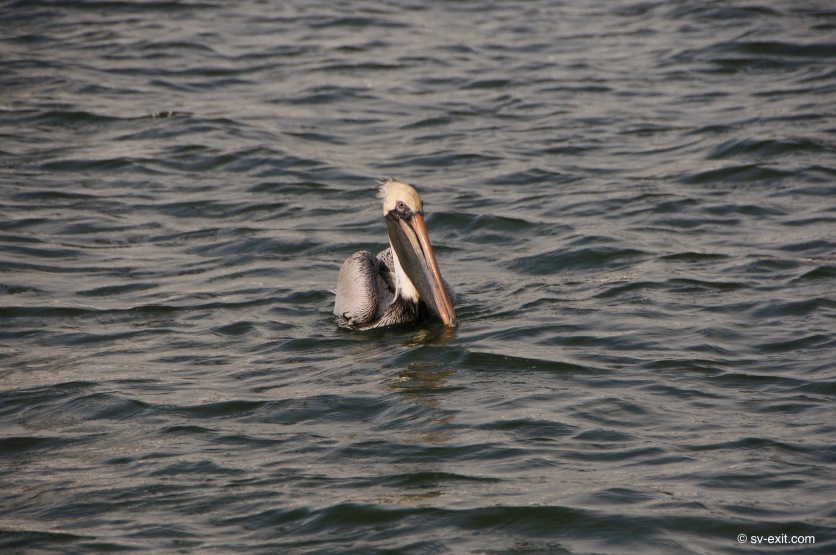 We have had the opportunity to set up home at random locations off the beaten path, not because a hotel has vacancy or a camping site exists, but because there is a water depth of more than three and a half feet and we decided to stop.

All very small steps… and we haven’t even left the Chesapeake Bay yet!

Yet, at the same time, as we pass by Dena and James standing on deck of Nomad, waving us off as we depart Back Creek, we can’t help but feel an indescribable sense of accomplishment to finally be undertaking our first sailing journey that isn’t part of a predetermined round-trip.