A few days after arriving on the Wye River we received notice from Dave that the delivery we were scheduled to crew on at the end of the month had fallen through.  It was a bummer in that it would have given us our first taste of offshore sailing, something we would really benefitted from.  It turned out that the 42 foot Amel, which was going to be brought down to be shown in the Annapolis Boat Show had sold, and the new owner wasn’t interested in showing his boat.  Oh well… it is what it is.

The up side of this was that we now had over a week more to sail around the area before meeting up with my folks, who were flying over from Washington State to visit us and our new home.

Beating across the Chesapeake

Occasional arguments had begun to flare up with the pesky Yamaha outboard which, at its own discretion, begun choosing random moments to shut down.  On more than a few dinghy explorations, we found ourselves temporarily adrift after the temperamental Yama-mama decided it was time for a break.

If we couldn’t manage to get the outboard going again, then out came the oars and it was back to manual propulsion just like the old days!  The only successful tactic ended up being the removal of the whole stinking fuel filter – seemed to run perfectly fine again after that.  Go figure!  Definitely a temporary fix… but better than rowing. 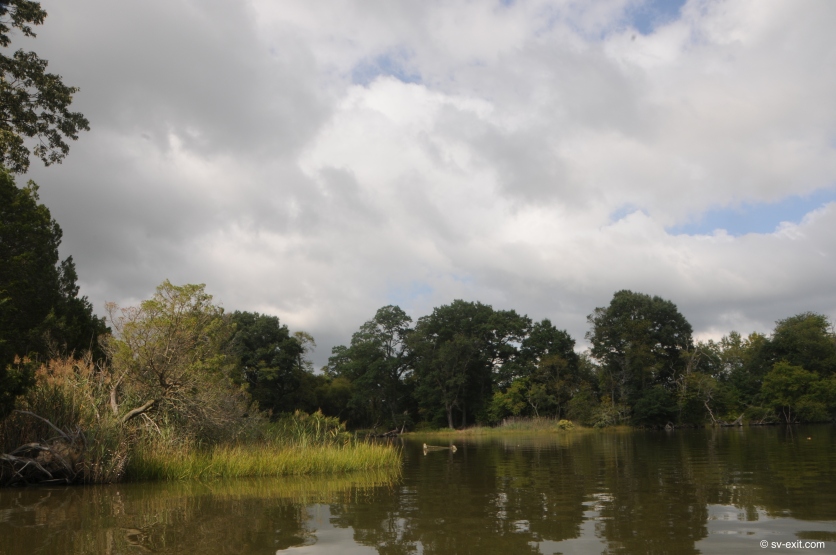