A week at anchor in Norfolk, VA sorting out engine charging issues ultimately led to us replacing our alternator.  In light of that, we considered securing a spare fresh water coolant pump, starter motor, and fuel lifting pump before leaving the States again.

Instead we seized a less than optimal weather window and made an offshore break straight for the Bahamas.  Light and erratic winds made for a lot more diesel consumption than we would have liked; but better than crazy wind and storms which we seem to have just missed. 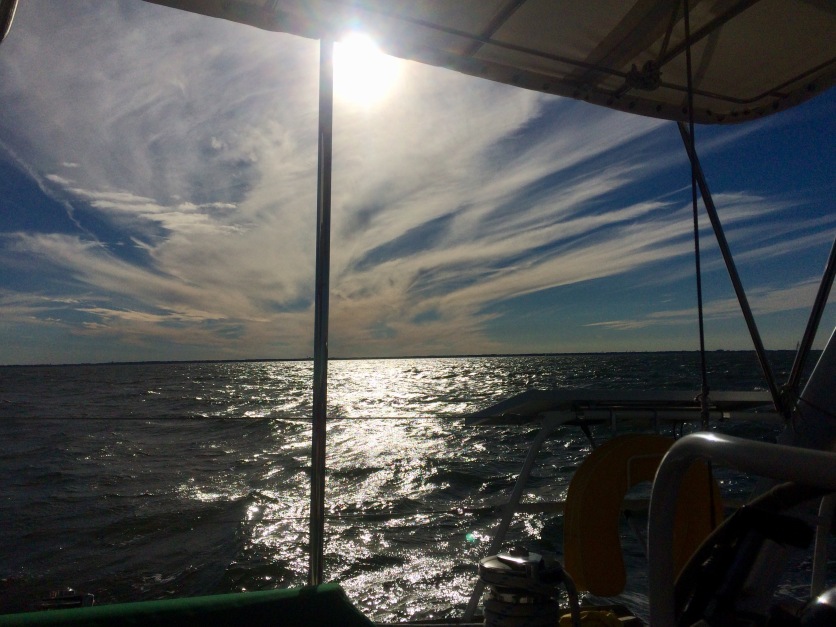 The thirty-plus knot winds that hit the day after our arrival at Powell Cay, Abaco confirmed that we had just threaded the needle. 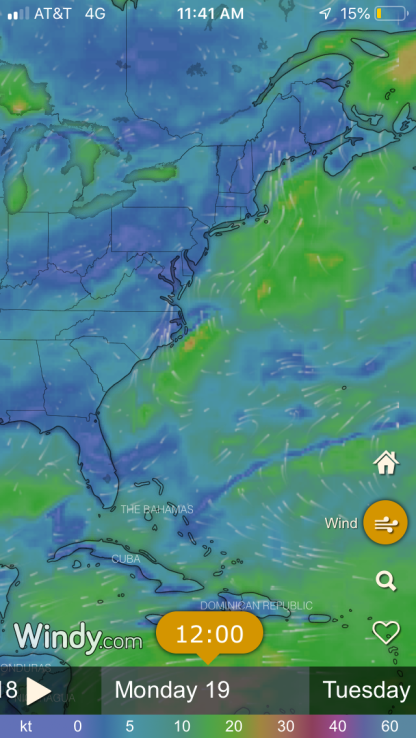 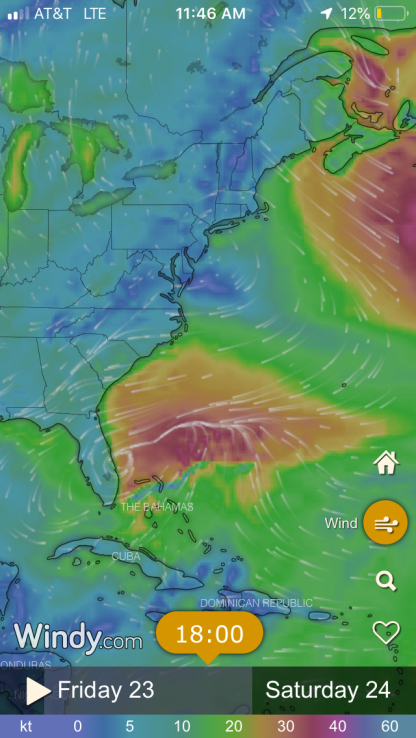 Unfortunately, during our five day passage en route to the Bahamas, coolant leaking into the bilge heralded the last gasps of our fresh water pump… of course.

On the upside, while underway we had the privilege of seeing humpback whales, green turtles, pods of Atlantic Bottlenose and a pod of Spinner dolphins riding our bow wake, as well as a Mola Mola (Sunfish) hanging out at the surface… amazing! 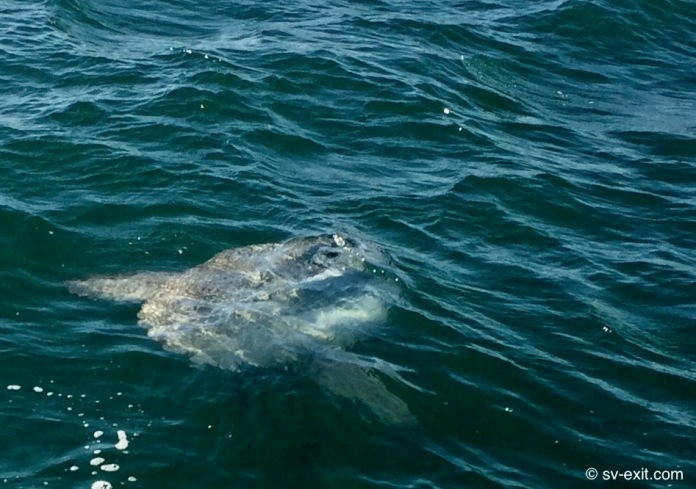 Unique firsts?  Pausing for a quick bath while adrift in 15,000 feet of water… our own private three mile deep bath tub. 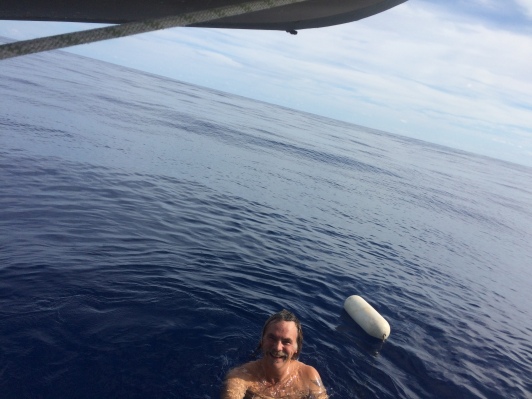 Oh shit… I dropped the soap.

Not to mention a mysterious floating balloon ball we happened across.  We never determined exactly what this strange thing was doing hovering just above the surface, but we dubbed it the “CF is awesome” space debris after a message someone had scribbled on the underside of the balloon. 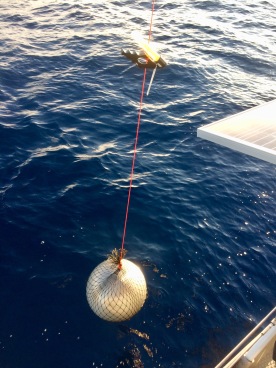 What the hell is this for? 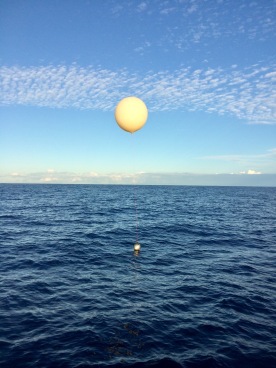 A cautious approach to the “CF is Awesome” space debris

Two weeks at anchor in Marsh Harbour to sort out parts and repair our water pump is not ideal.  However, we have friends who weren’t able to get out at the same time we did, and they’re still waiting for a favorable forecast to make the jump.

It is said that live aboard cruising is a synonymous with repairing your boat in exotic locations.  Not sure Marsh Harbour qualifies as an exotic location but, hey… it’s not Norfolk!