It seemed like a bit of an epiphany moment, for both of us.

The wooden table was wet from the sweating glasses of gin and tonics as well as Victoria and Gallo beer bottles, all less than a buck fifty during happy hour at The Shack.  The pungent aroma in the air was more reminiscent of an Amsterdam coffee shop than most of the bars in Guatemala, also undoubtedly part of The Shack’s appeal.  The Allman Brothers’ Whippin’ Post was the song currently challenging all of the different bar conversations in volume.

Josh was talking to Craig about the spreader construction on S/V Off The Grid. Sara, unfortunately, was trying to shake a nasty multi-day bug and had opted to sit out the night.  On the other side of the table, Zoe was explaining to Kris the virtues of Swedish genetic heritage.  Next to me was Tad, Craig’s best friend for over forty years who had flown in from the States to help Craig celebrate his sixtieth birthday only three days before.

It had possibly been only hours since we had fully recovered from that event.

Tad was still trying to wrap his head around Kris’ and my decision to pick up anchor and head for El Golfete and onward the following day.  I guess I was having trouble fully making sense of it as well, certainly having trouble articulating it.

As Whippin’ Post started to fade out, it was replaced by the unmistakeable riff of In-A-Gadda-Da-Vida, Craig stopped Josh in mid-sentence to voice his approval of the song selection to Marvin; Tad looked at Craig and started fist pumping the air.

I continued trying to make sense of everything to Tad… we still had over a month remaining on our visa.  Food, drinks and expenses were dirt cheap here.  We really liked the overall vibe of the place and the people.  We couldn’t always get what we wanted but we could usually get what we needed.

No… we weren’t 100% certain where we were headed.  Backtracking felt like… well, going backwards.  Still, we weren’t keen on Belize as the clear-in costs are quite high; Mexico anchorages are far and few in between; and Cuba just seems too out of the way now.  Which leaves backtracking towards the Bay Islands or even the Cayman Islands.  If we decide to sail to the Dominican Republic, trying to catch the whale season, the Caymans are along the route.  If we decide we are ready to venture through the Panama Canal, we will need to pass two hundred miles offshore from Nicaragua to avoid the current security issues that area faces; an approach from the Caymans or Jamaica would be perfect.

Craig alluded to this when he sent praise in our direction, for exploring areas of El Golfete and Lago Izabal that gringos who spend twenty years here haven’t seen, without actually getting stuck here for twenty years.

Four weeks of exploring overland; two additional weeks on a dock at Monkey Bay Marina; and two weeks at anchor, split between El Golfete, Fronteras, and Lake Isabel.  Plus we got some stuff done.  It had been a productive two months.

Visiting Guatemala has truly been a stunning experience.  Inconceivably dense green forests filled with a staggering variety of birds, butterflies, and other animals make for both picturesque landscapes as well as surreal backdrops for excavated Mayan temples and ruins. 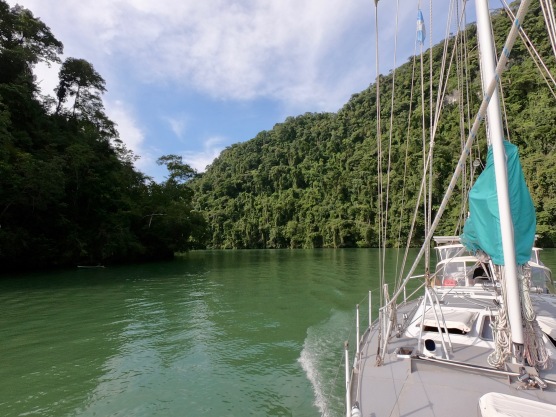 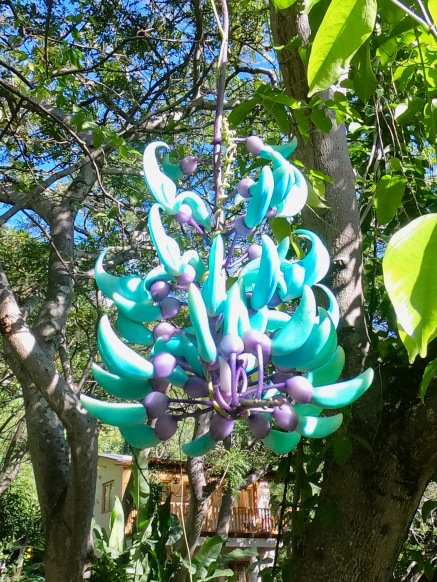 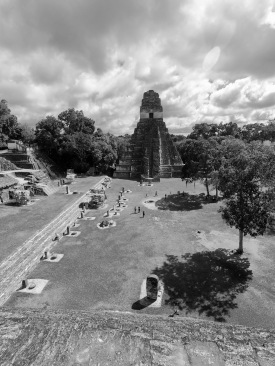 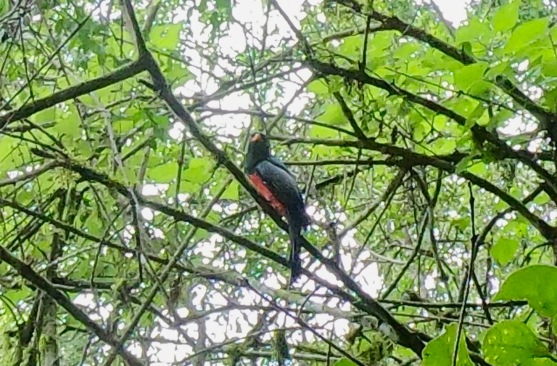 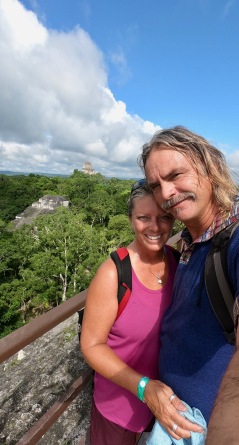 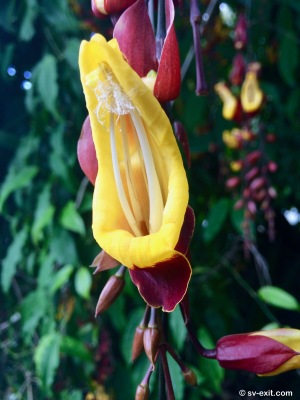 Vibrant colours stand out boldly without being at all gaudy, literally woven into every aspect of Guatemalan life: in the clothing they wear; the textiles, art, food, and architecture; at the markets. 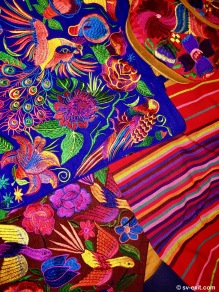 Apparently Kris has a bag fetish

And, with the exception of that dickhead Enrique, Guatemalans are among some of the most welcoming, sincere, and friendly people we have met. 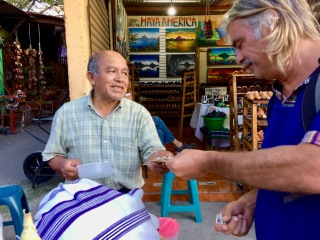 Buying corn soup from a vendor In addition to seeing some amazing places during that time, we’ve had the opportunity to reconnect with our old friends Shannan and Vicki; facilitate reunions with some of our Scuba Junkie family Ollie and Flo, Nic and Gav, as well as Shane; hang out with kindred spirits Josh and Sara (S/V Off The Grid), Craig (S/V Samba Pa Ti) and his daughter Zoe; and meet incredible new friends — Tad (Go Cougs!), Mike and Anais (S/V La Flaca), and of course, Jerome (S/V Eagle Ray). 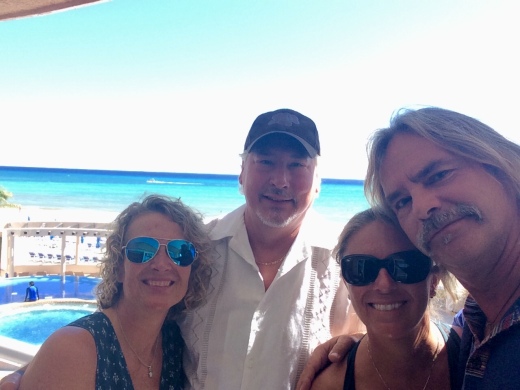 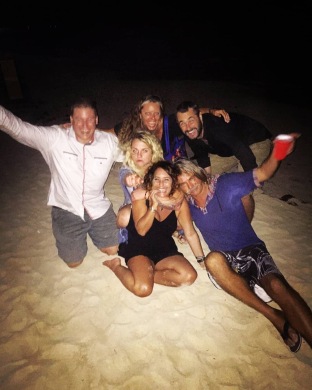 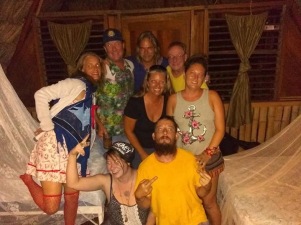 Added drink choices to the menu…

But, still, in the end… eventually, we need to keep moving.  It’s not goodbye; only until next time.

Hell… it’s been ten weeks since we had a sail up!

When Chris Parker, weather guru for sailors, says: those in the Northwest Caribbean  planning on getting east anytime in the next couple of months are unlikely to find a better sailing window than the next four or five days, it’s hard not to take heed.

That… and the fact that when birds gather in large numbers, it’s always a sign something is about to happen… especially if you start hearing dramatically ominous music in the background (cue: Alfred Hitchcock shadow).

Though we haven’t, by any means, determined an extended (beyond a week, or four) destination — Dominican Republic, Bonaire, Panama — we pretty much have to backtrack to the Caymans to get to any of the above.

Which gives us an immediate game plan.