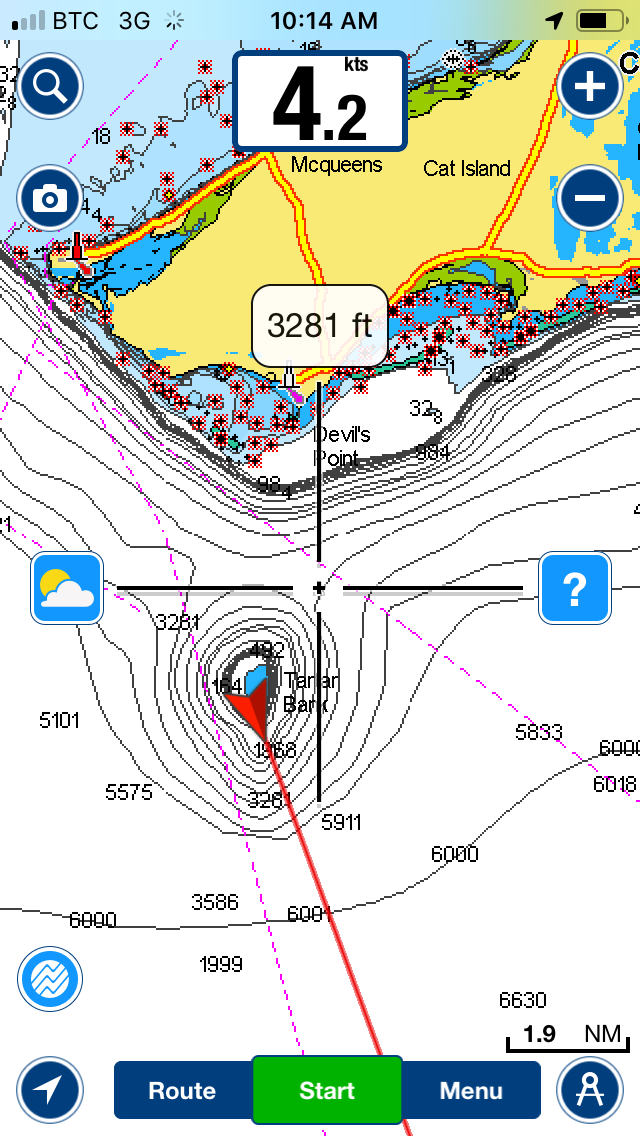 Though our shakedown cruise to the Bahamas last year was unbelievably eye-opening, inspiring, and educational for us, we were left with very mixed opinions regarding the Bahamas itself as a destination.

Thankfully, Cat Island had afforded us the opportunity in 2019 to rethink those perspectives.

After nearly two weeks, I don’t think there was a single local we crossed paths with who didn’t say hello, wave, or honk as they passed by.  Certainly among the friendliest islanders we’ve ever come across, in all our travels.

Now, we were headed to Long Island…with a tiny detour.

Just south of Cat Island the ocean depths plummet to three thousand feet less than a mile off the coastline.  Though the rest of the Atlantic Ocean in that immediate area quickly drops off to six thousand feet as you continue heading away from Cat Island, one small pinnacle climbs to within forty feet of the surface.  It is called Tartar Bank.  With the tip of this underwater mountain no more than about a half mile long and quarter mile wide, on the charts it looked mighty intriguing. 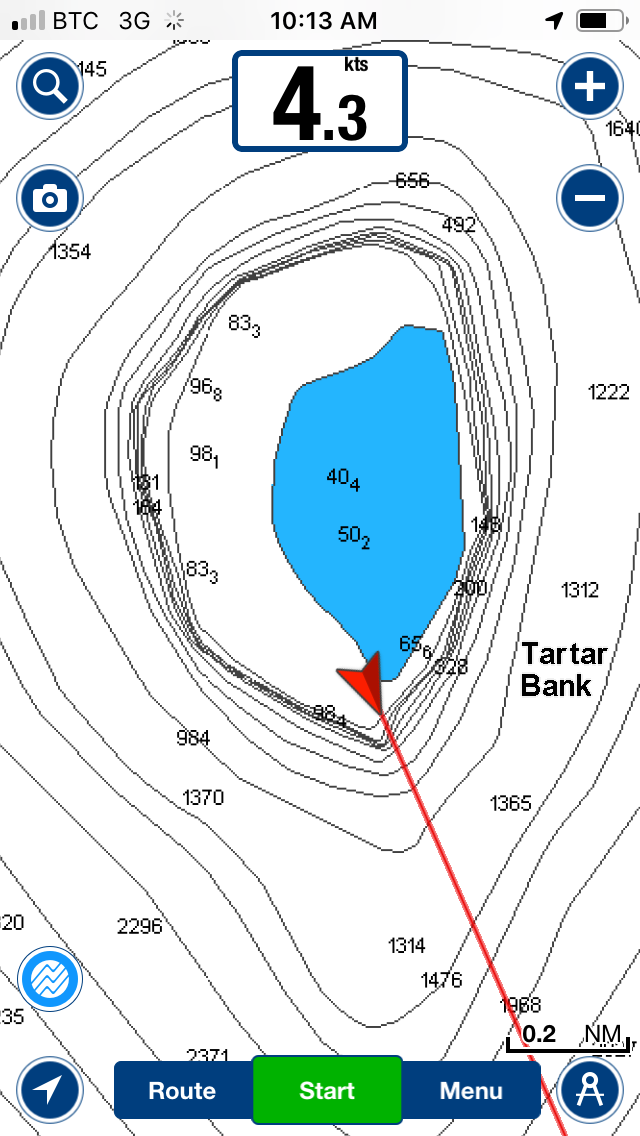 It reminded us of Sipadan Island, the Pinnacle of Life, in Borneo, Malaysia.

That point has not arrived yet.

Too many things in the what if category that have dire consequences immediately following.

We settled for drifting over the top of the pinnacle while I snorkeled on the surface with a line nearby.

We had heard that the fishermen came out here all the time.  We had heard that researchers came here every spring to gather data on the elusive Oceanic Whitetip sharks (one of only three shark species that Jacques Cousteau admitted being nervous to dive with).

Possibly a cleaning station (like the thresher shark Mecca of Malapascua, Philippines)?  Or a feeding area?  Or a mating area?

Another time of year… maybe a big party.