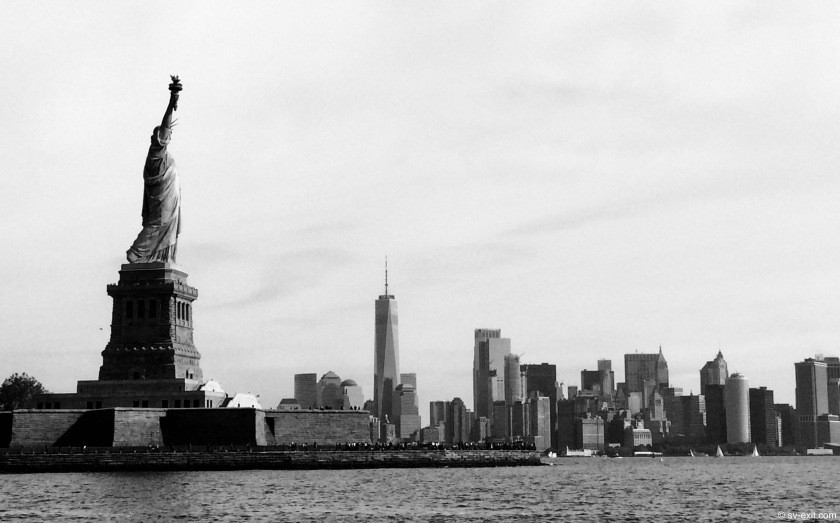 We initially anchored in a small bay tucked away on the southwest side of Liberty State Park.  While the anchorage was very protected from the swell of all the boat traffic, it also turned out that the numerous trees lining the park completely blocked our view of the New York skyline as well as all but the head and torch of the Statue of Liberty.  We spent one night there before deciding to gamble on a better view.

We weren’t sure if we would be hassled trying to anchor behind the statue; we’d heard it would be ill received.  But we figured we’d give it a shot anyway.

Understandably, the area immediately surrounding Liberty Island and Ellis Island is restricted.  There is an approximately one to two hundred yard perimeter marked with buoys designated as a security zone; any boats entering this area would undoubtably be quickly visited by a number of heavily armed boats and/or helicopters.  There is also a quarter mile wide corridor running behind the island which contained cables and pipelines that we needed to stay clear of; snagging our anchor on a cable which resulted in a power blackout for Lady Liberty would most certainly be frowned upon.

When all was said and done, after setting anchor between Ellis Island and the Statue of Liberty, no one even blinked a eye at us.

There was a bit of swell from all the ferry and sightseeing boat traffic during the day.  Nonetheless, it was minuscule price to pay for what amounted to an absolutely spectacular and unique view of New York City.

Right next to us, on our right, stood the Statue of Liberty.  Just to our left, in the foreground, sat Ellis Island.  And just behind that, loomed the amazing skyline of Manhattan.  Sitting in our cockpit, we could see the Empire State Building, the Chrysler Building, the World Trade Tower, the Brooklyn and Manhattan Bridges… everything.  And behind the Statue of Liberty, in the distance, was Brooklyn, Staten Island, and the Verrazano Bridge, linking the two together. 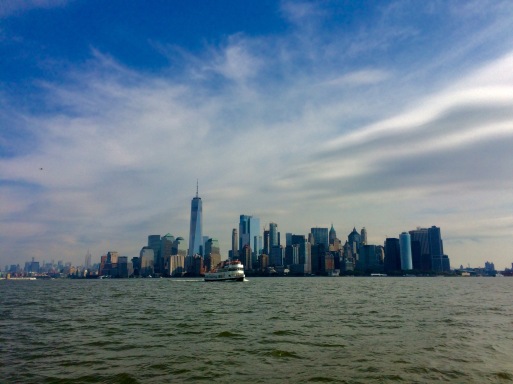 The view we had during the day was diminished only by the view we had at night.  The lit Statue of Liberty right next to us and mesmerizing lights of New York’s skyline behind the dark silhouette of Ellis Island is utterly indescribable.  It has to be seen to be truly appreciated.  And to be seen from the deck of our own sailboat sitting at anchor made it even more surreal. 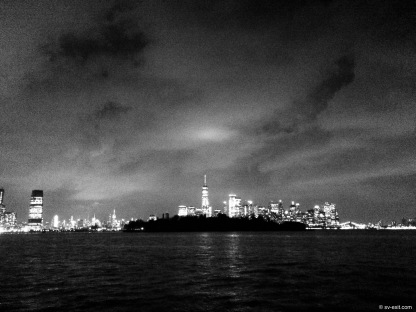 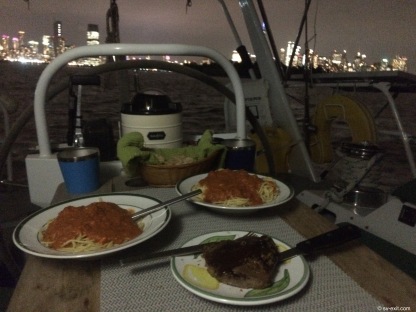 After a couple of days of utter relaxation aboard Exit, we weighed anchor and headed ten miles up the Hudson River to just off of 79th Street, which gave us access to a marina dock at which we could tie up the dinghy. 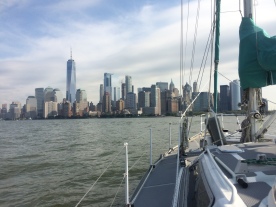 It was October 2nd… a particularly special day for us.  It marked the thirty six year anniversary of our first date together… the beginning of an amazing journey we never could have imagined at that time.  It also marked the ten year anniversary of our exodus from the United States… the beginning of a new way of life, which also held surprises and unfathomable adventures that had completely changed us while, at the same time, had allowed us to remain true to ourselves and each other.

When we reached the 79th Street Marina, we set anchor once again.  The fee we paid for access to the dock (and a warm shower) was only a few dollars less than a mooring ball there would have cost.  However, Exit was slightly longer than the maximum length and we had heard horror stories of the mooring balls dragging regularly (probably due to oversize boats using them anyway), so we decided that our own anchor was the more reliable and prudent choice.

This put us within walking distance of Central Park, which we visited the following day.  The fact that we had been there before, made the return no less impressionable.  The park’s endless trails and sights made for a great afternoon of wandering and people watching, despite purchasing one of the worst (and most expensive) hot dogs and pretzels, from a street vendor, that I have ever had in my life.  I am not one to typically let food go uneaten; yet, even Kris’ love of pretzels couldn’t prevent half of it ending up in a Central Park trash bin. 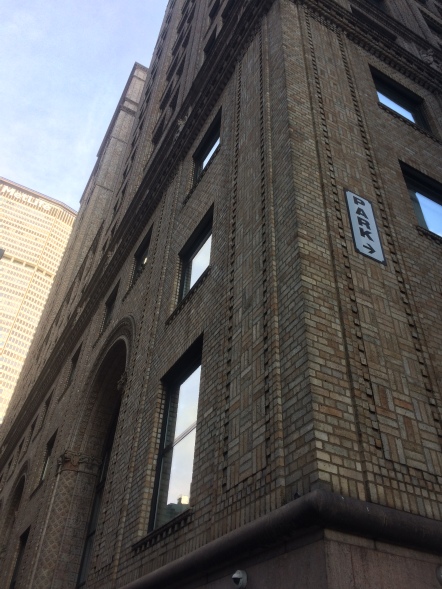 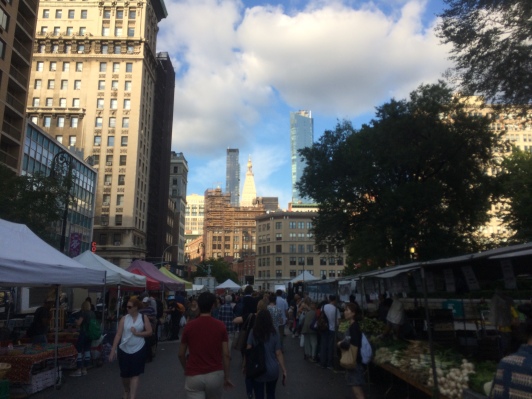 We also had the bonus of a reunion with one of our Scuba Junkie family.  Christina Koukkos completed her Divemaster training at Scuba Junkie while we were there.  Though we hadn’t seen her in eight years, we had kept in touch via Facebook, and Christina, who lived in Brooklyn was more than happy to meet us for drinks when we contacted her.

One drink turned into multiple pitchers of beer and dinner.  After reminiscing and catching up on each others’ endeavors over the years, as well as current plans, we reluctantly said farewell until the next reunion and took a taxi back to the 79th Street Boat Basin where our dinghy awaited us.

The currents on the Hudson River that night were ripping and we were far too close to the rocky shore for our liking, but any farther out and we were instantly in deeper than thirty feet of water. 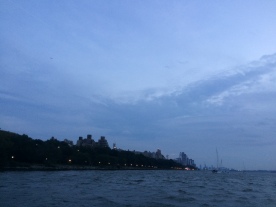 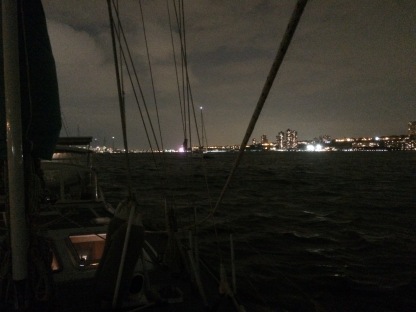 So, the next morning, after returning to the marina for a quick hot shower and filling of our water jugs, we once again picked up anchor and returned to our prime location behind Lady Liberty, where we chilled out for one more afternoon and enjoyed the spectacular evening skyline view of New York City.

Now, it was time to get moving again.  We had been to Maine, and we had savored the experience of visiting New York City aboard our sailboat.

Our haul out awaited us at Herrington Harbour North, with a long list of tasks to accomplish.

From here, we would make a dash for Delaware Bay, pass through the C&D Canal (which would shave about one hundred miles off the alternative of sailing offshore all the way south to the mouth of the Chesapeake Bay and then back up north through the bay), and make a brief stopover in Annapolis.