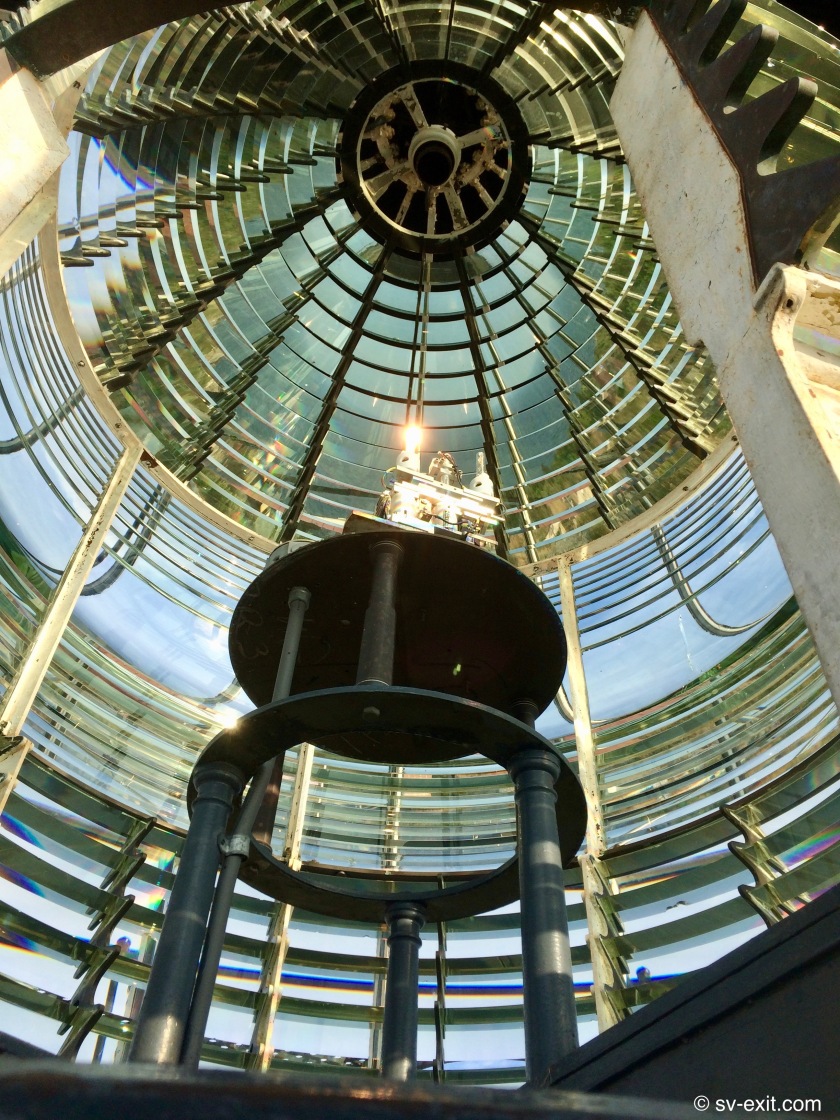 The tiny island of Seguin only has a small bay measuring approximately five hundred by three hundred feet.  There is also a power cable running across the bottom through the middle of the bay, which supplies power for the fifty three foot tall lighthouse standing regally atop Seguin Island.

Fouling your anchor is bad enough… causing a lighthouse blackout while trying to bring up an anchor caught on the lighthouse power cable would most likely bring down all kinds of grief upon us.

Fortunately, a non-profit group called the Friends of Seguin Lighthouse have set up, and maintain, a handful of free mooring balls in the bay.  When we arrived, there was room alongside another sailboat and small trawler.  It was the first mooring ball we had utilized since Carolina Beach last December, when we went on our epic road trip to New York City with Dena and James.

By the time Dena and James arrived at Seguin there was only one other boat in the bay, the rest obviously there for just a day trip.  Essentially, we had the bay all to ourselves… sweet.

We took our dinghies ashore and climbed the path to the top of the island, one hundred forty five feet above the bay where the lighthouse, museum, and Lighthouse Keeper’s residence are. 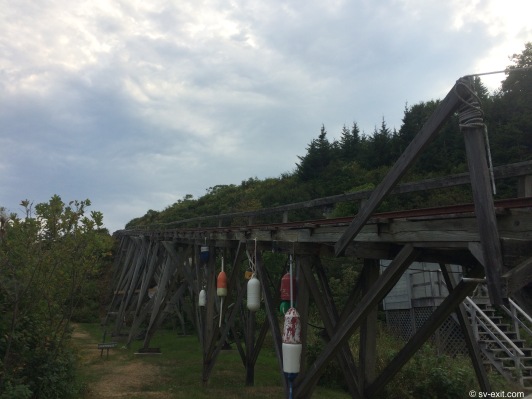 The Seguin Lighthouse was commissioned by none other than George Washington in 1795.  Originally built as a wooden tower, it was constant exposure to the elements that eventually forced its’ reconstruction sixty two years later using granite brick.

By necessity, lighthouses are often built in inhospitable, dangerous, or remote locations.  The Lighthouse Keeper, tasked with the imperative of keeping the light shining at all times, especially in the worst weather, had to endure those conditions year round.  The mystique of a courageous individual, living in solitude, acting as the guardian and protector of sailors by warning them of impending dangers, has a very powerful resonance in the human psyche. 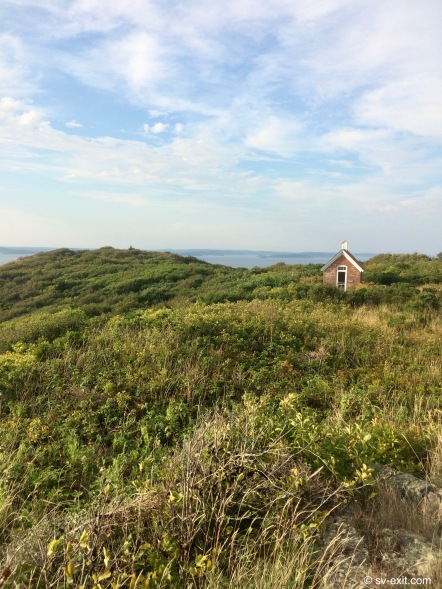 But, like so many of the once truly iconic paragons of classic Americana that now reside only in history books and stories, the Lighthouse Keeper has all but become extinct.

Alas, almost all lighthouses are now fully automated, as was the Seguin lighthouse in 1985.

Nonetheless, the Friends of Seguin Lighthouse do a brilliant job of maintaining the facilities largely through volunteer efforts.  During the summer months, the lighthouse is also tended by two volunteer Keepers who live at the residence, keeping up the grounds and trails, giving tours, and looking after the museum and shop.

Though we arrived at the inopportune moment the volunteer Keepers had started making dinner, they were still kind and patient enough to take us up to the top of the lighthouse tower, letting us see the incredible First Order Fresnel lens, answering our questions, and chatting in the yard with us for quite some time. 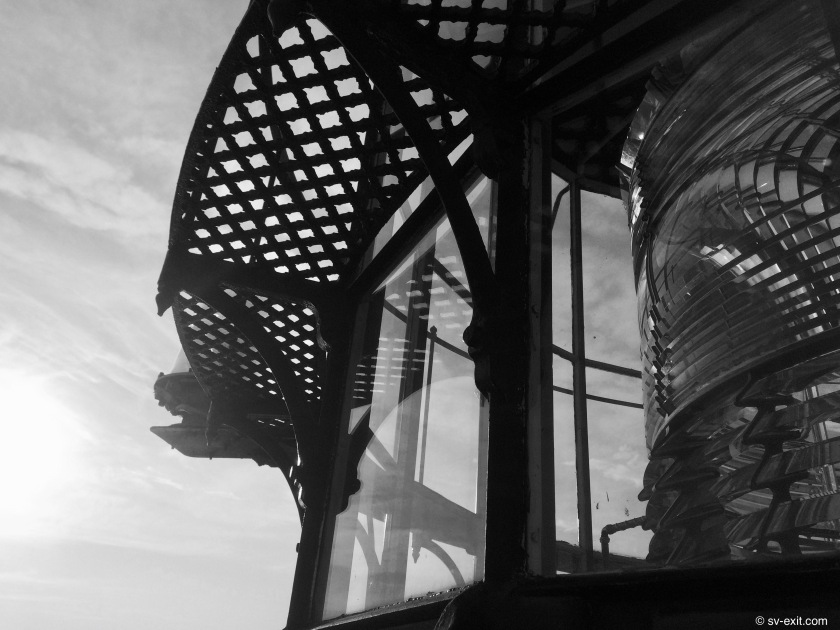 Returning to Exit, the night degenerated into a haze of Kraken-inspired conversations, stories, and laughter between the four of us.

Dena and James sailed off their mooring early the next morning.  They were making a sprint for Robinhood Cove, only about fifteen nautical miles away, where they had the exhilarating and distinct possibility of both buying and selling a boat at the same location.  If they could pull it off, it would be accomplishing what we thought would be an impossible task.

We stayed at Seguin Island for one more day so we could explore the many footpaths that spider out from the lighthouse grounds.  Some paths led us to striking, rocky beaches pounded relentlessly by waves.  Others to breathtaking vistas looking out over sweeping expanses of ocean and the shores of Maine to the north.

One of the paths took us to the northern tip of the island, where we could see Exit, at anchor in the bay next to us, as well as seals swimming through a channel fifty feet below us. 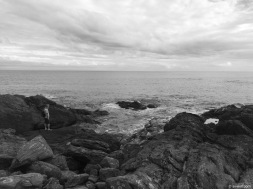 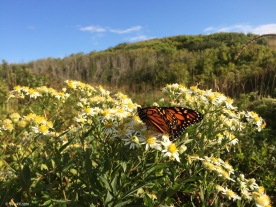 That same path had endless wild blackberry plants growing alongside its’ edges, which we collected and savored as dessert that night.