I have heard of Boston, MA being referred to as Bean Town.  So upon hearing the nickname for Provincetown, MA (located at the very tip of Cape Cod, just opposite Boston on the mainland), I naturally assumed it was either a tip of the hat or a slam towards Bean Town… or Pea Town.

Wrong.  In actuality it is apparently simply P-Town… just a shortening of the name.

And, though we only spent a few days in P-Town, we had an incredibly enjoyable time.

Plenty of partying and socializing with James and Dena, both ashore and aboard our boats; exploring the beaches and the town; and planning our next steps occupied most of the time. 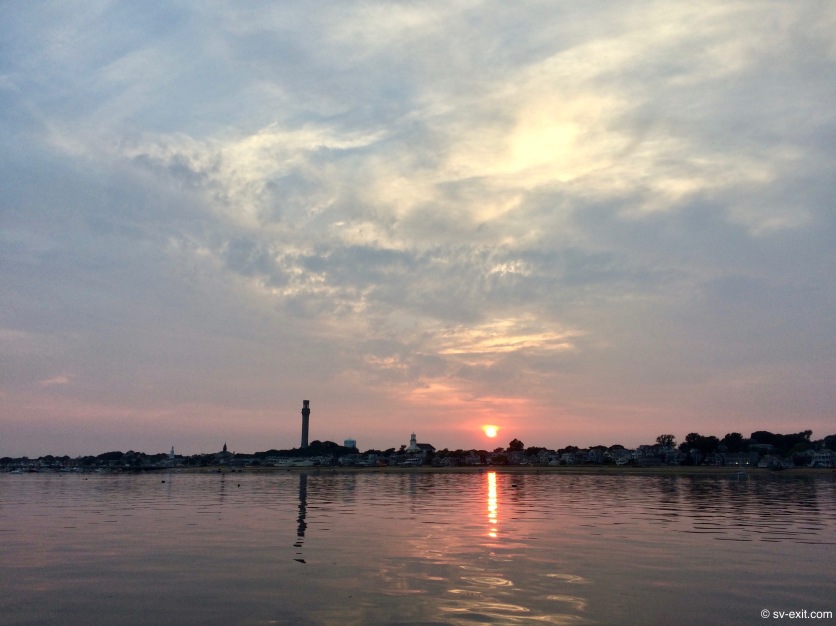 P-Town certainly has a conspicuously visible LGBTQ population and visitor base to it.  I say this as an observation only, without any judgement or implications intended.

Pairs of men and women walking hand in hand… gay pride messages and slogans on t-shirts hanging prominently on the walls of souvenir shops… even a huge banner displayed overhead across the main street advertising performances of the musical  Broke-la-homo.

I actually consider it quite refreshing to see that a community, in the heart of historically colonial and Puritan America, can be so open-minded and open-armed in this time of Trump-endorsed (and oftentimes Trump-initiated) overt narrow minded prejudice and paranoid bigotry.  At least not everyone is crazy.

At the same time, I should consider how ridiculous it is that open-mindedness and acceptance within a community could be considered a refreshing and noteworthy distinction, as opposed to just being the norm… maybe most people are crazy. 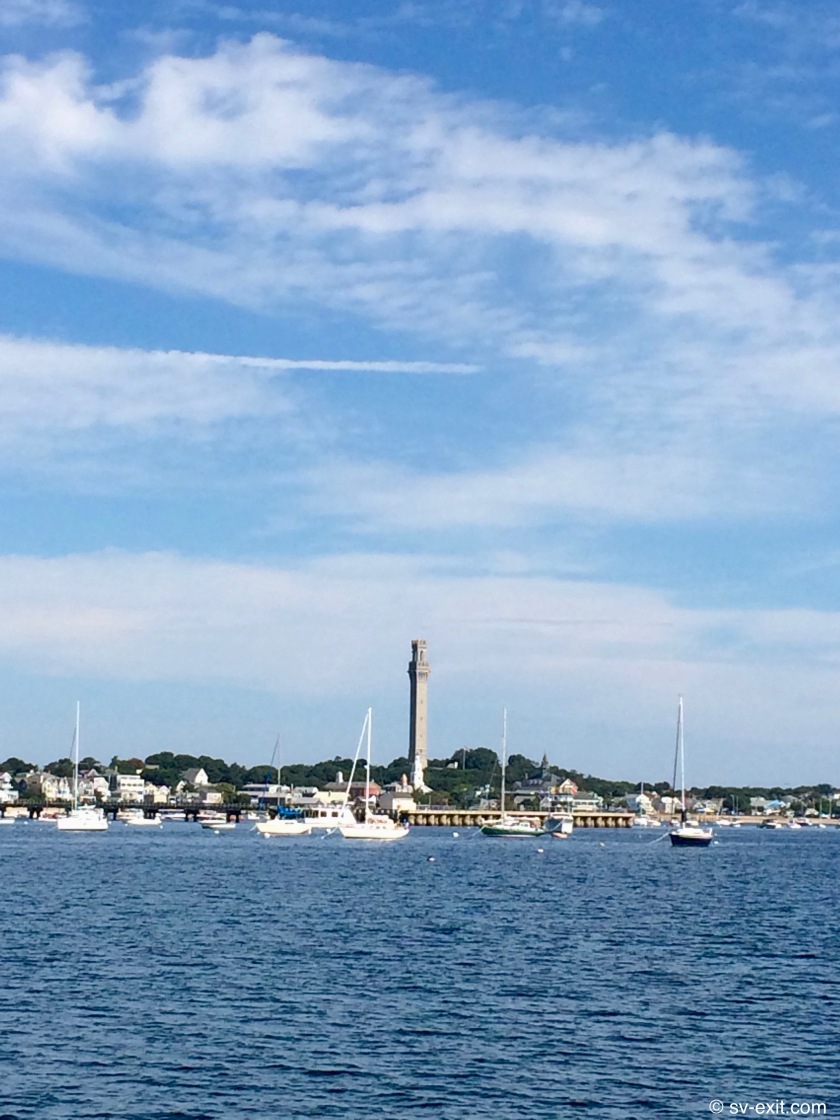 Since moving aboard Exit, we have seen dolphins in the water around us fairly regularly… always a welcome sight that brings smiles to our faces as well as an immediate time-out from whatever we are doing to more fully appreciate and revel in the moment.

One morning, sitting in the cockpit while at anchor, we were flabbergasted to see what had to be a pod of well over a hundred dolphins meandering through the bay.

We immediately hopped in the dinghy, motored to a location a few hundred yards in front of their path, shut off the engine and waited.

As they approached and eventually passed by on all sides of us, we watched with the giddy enthusiasm of children on Christmas morning.

For well over an hour, we repeated this process again and again.

Eventually, as the pod worked its way towards the far side of the bay and appeared to be slowly headed back in the direction of the open ocean, we began to have more difficulty getting ahead of them.

Opting not to motor straight into the pod, as some other boats which had begun to congregate were doing, we decided to return to Exit, content to have had the opportunity for such a magical experience.

After a few days of exploring, re-provisioning, and relaxing, it was time to once again lift anchor and move on farther into the heart of beautiful New England.